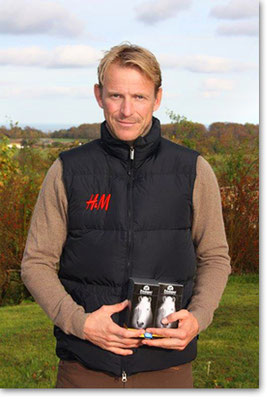 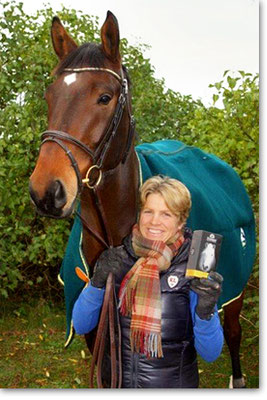 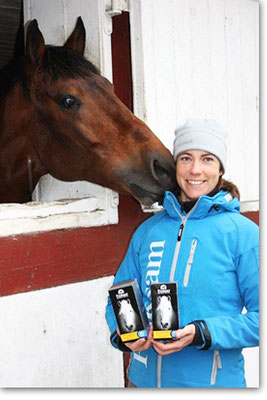 ProEquo AB is a company in the field of biotechnology, with a focus on probiotic feed supplements and so-called "Functional Feed". The company is located in the Ideon Science Park in Lund, Sweden.

ProEquo AB conducts research and development in the field of Functional Feed and holds patents in EU and United States for two bacterial strains for feed supplements for horses. One of these patented bacteria is today part of the product ProEquo®.

ProEquo AB is led today by Clas Lönner, Ph.D. in microbiology, Lennart Persson, CEO and former CEO of the biotechnology company Medipharm AB, and Thomas Welander, Ph.D. in microbiology and founder of the biotech company AnoxKaldnes AB, and Chairman of ProEquo AB. Clas took part in the reconstruction and development of the listed company Probi AB, where he worked for many years in development and where he was responsible for the company's focus on probiotics for animals.

ProEquo AB born from Probi AB, bought out the company's animal probiotics, their entire library of probiotic bacteria for animal use, and the patents on two bacterial strains isolated from horse intestines (one of which is included in today's product). The purchase also includes the name ProEquo®.

Probi AB was formed in 1991 from a research project at Lund University that began in 1986. The aim of the project was to develop a completely new type of nutritional product (gavage) for humans, which would be based on oats and leavened with a special lactic acid bacteria which had positive health effects in the gastrointestinal - tract. At the same time began the search for a suitable partner in the food industry. They finally found Skånemejerier, who in 1994 launched the health drink ProViva, which has become a great success in Sweden. Today, ProViva is owned by the French company Danone.

Shortly after, ProViva launched and invested in Probi as a backing project that eventually culminated in the product ProEquo®. The product is a complementary feed for horses, which today is available both as a dry (ProEquo Sticks) and liquid product (ProEquo bag-in-box). The same researchers behind ProViva are also responsible for this development. ProEquo® is based on lactic acid bacteria Lactobacillus plantarum JI: 1. This bacterium is isolated from a healthy intestinal mucosa of a horse and patented because of its unique and positive characteristics in the horse's gut. In ProEquo Sticks, there are also beta-glucans from oats, which today have an approved health message from the EU regarding their cholesterol-lowering effect in humans. The liquid variant is a fresh product based on oats, fermented with the help of the input active bacteria, and one can describe this product as ensilaged oats.

The effect of ProEquo® has been studied in several clinical trials in Sweden and in England. In cooperation, veterinarians have selected groups of customers who tried the product and the positive effects have been observed on racehorses who are stressed and have stomach ulcers. Also in connection with weight loss, colic, laminitis, mud fever, diarrhea and smelly dung, ProEquo® been used with positive results. ProEquo® has also been used in conjunction with antibiotic therapy and against rotavirus. In addition, the study shows that most horses find ProEquo Liquid to be very tasty, which means that they will eat better. This otherwise can sometimes be a problem. Today, ProEquo® is used and recommended by many veterinarians and veterinary clinics.